The Texas Silver-Haired Legislature (TSHL) is an essential nonpartisan advocacy forum for older Texans (60 and over) to discuss senior citizen issues, debate those issues, and establish legislative priorities for the Texas Legislature to consider. Since its inception in 1985, over 200 bills have passed into legislation that were influenced by the work of the TSHL. The TSHL is strongly recommending a supplemental appropriation plan for the ERS Pension, to begin in 2021 and continue until actuarial soundness is achieved (see Resolution R032). Of the 54 TSHL resolutions (recommendations) presented to the 2021 State Legislature, this was ranked high, at 13th in priority.

Scott Christensen, Brazos Valley TSHL Representative and Lead Author of R032, writes a series of articles on TSHL for local area newspapers. The article below, recently published, speaks clearly to the “emergency” funding needed for the ERS Pension: 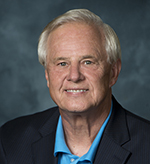 In my last report, I relayed to you the “safe” yet productive “virtual” meetings of the TSHL – 54 resolutions on senior citizen issues approved by the TSHL and sent to the State for the 2021 Legislative Session. Recent times have been tough for all, and they also bring many senior issues to the forefront. With our growing senior population in Texas – now over 5.1 million citizens – our job gets more challenging and necessary every year.

My areas of concern in my first term were: maintaining sound public sector pensions and better financing options for Emergency Services (Fire & EMS) in rural Texas counties which have a high percentage of seniors. I’m now also involved in another initiative – bringing the Personal Needs Allowance (PNA) for nursing home residents on Medicaid to a level based on current consumer prices. The rate was last adjusted in 2005, while consumer prices have increased by over 30%!

While I will be writing future reports on these issues, let’s discuss the public sector pension issues here. Last session, I led a team of six TSHL Representatives that recommended additional and equitable funding (between the employee and State) to the Teacher Retirement System (TRS) pension for financial soundness. Two approved Senate Bills addressed this with a multi-year plan that accomplished exactly what we asked! The pension returned to being financially sound in 2019 and remained so in 2020. There was great work done by the State Legislature. Continuation of the TRS funding plan is a MUST! And, we have communicated that.

However, our public sector pension work is not done! The Employees Retirement System manages three pension systems for the State, NONE of which is sound and all are on a negative trajectory. The largest, ERS, has $28.5 billion in Assets and $43.2 billion in Liabilities as of 2020. So, this pension fund is only 66% funded - $6 billion SHORT in assets of an industry guideline of 80%. The 80% is one measure in defining reasonable pension health.
ERS is also subject to a Texas legal definition of “soundness.” This requires the pension to be able to fully fund (funded ratio of 100%) “within a 31-year period.” However, with current contribution funding rates and projected economic factors, ERS will “NEVER” be able to fully fund. Current projections are that ERS will run out of money in the pension trust fund in 2061, with over a 1/3 probability of depletion by 2050! The ERS consulting actuaries call the current ERS financial outlook “very poor.”

A major factor in the financial decline of the ERS pension was a period of about 20 years where the State underfunded on its contribution to the pension fund. So, what does the TSHL recommend? Fixing a problem this big has little chance of being cured in one legislative session – but cured, it must be! Our TSHL resolution calls for a plan of supplemental State funding to be approved/appropriated starting September 1, 2021 and it must be continued each year until the fund hits the “soundness” level prescribed by State Law. This is a MUST DO – starting NOW! Additional funding now is tough, but delays could make it insurmountable in the future.

I’m truly hopeful that the fiscally sound actions taken by the Legislature on TRS in 2019 will motivate them for ERS actions in 2021…almost 400,000 ERS members and retirees will depend on it…we’ve already contacted 20 legislators as follow up to our TSHL Report…I will keep you posted.

Note: Scott Christensen is a Hilltop Lakes resident and a Brazos Valley Representative to the TSHL, serving his second two-year term. He is Chair of the Legislative Action Committee, Chair of the Communications/Collaboration Subcommittee, and a member of the Rural-Urban and Executive Committees. He was named “Outstanding Freshman” for his first term (2017-2019).

7 Do’s and Don’ts for Heart Health

It's February – American Heart Month – a time when the nation spotlights heart health and disease, the No. 1 killer

Struggling With Your New Year's Resolution? The 'Monday Reset' Can Help You Attain Success

If that “New Year, New Me” resolution is proving to be more difficult to achieve than you anticipated, you’re

Simple gestures can make a big difference for all of us. Everyone appreciates a kind word, a comforting hug, or a warm and

Many of us have tried contacts in the past but had no luck. Maybe you found them dry and uncomfortable, or you were unable to