Tim Fitzpatrick was elected to the TPEA Board in the Summer of 2019.

Tim currently serves as the Senior Warden of the Wallace Pack Unit in Navasota, Texas. Tim commenced his career in State service with the Texas Department of Criminal Justice (TDCJ) at the Jim Ferguson Unit in Midway, Texas in 2005. He then passionately served on multiple facilities with differing missions to include the Goree Unit, the Byrd Unit, the Polunsky Unit, the Michael Unit, the Pam Lychner State Jail, the W. J. Estelle Unit and the Rudd Unit before receiving his most recent promotion.

Tim moved to Texas in 1998 and grew up in the North Houston area. He was accepted into the Criminal Justice Program at Sam Houston State University and graduated with his Bachelor’s Degree in 2011. 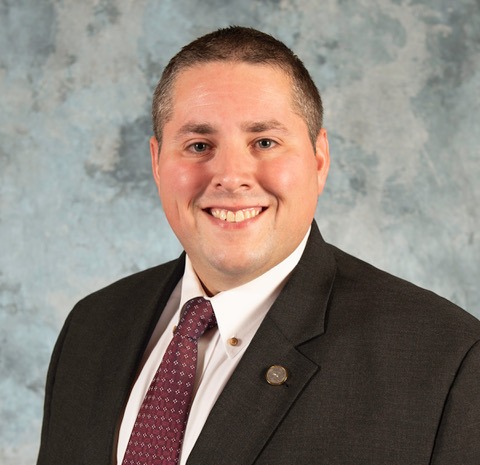 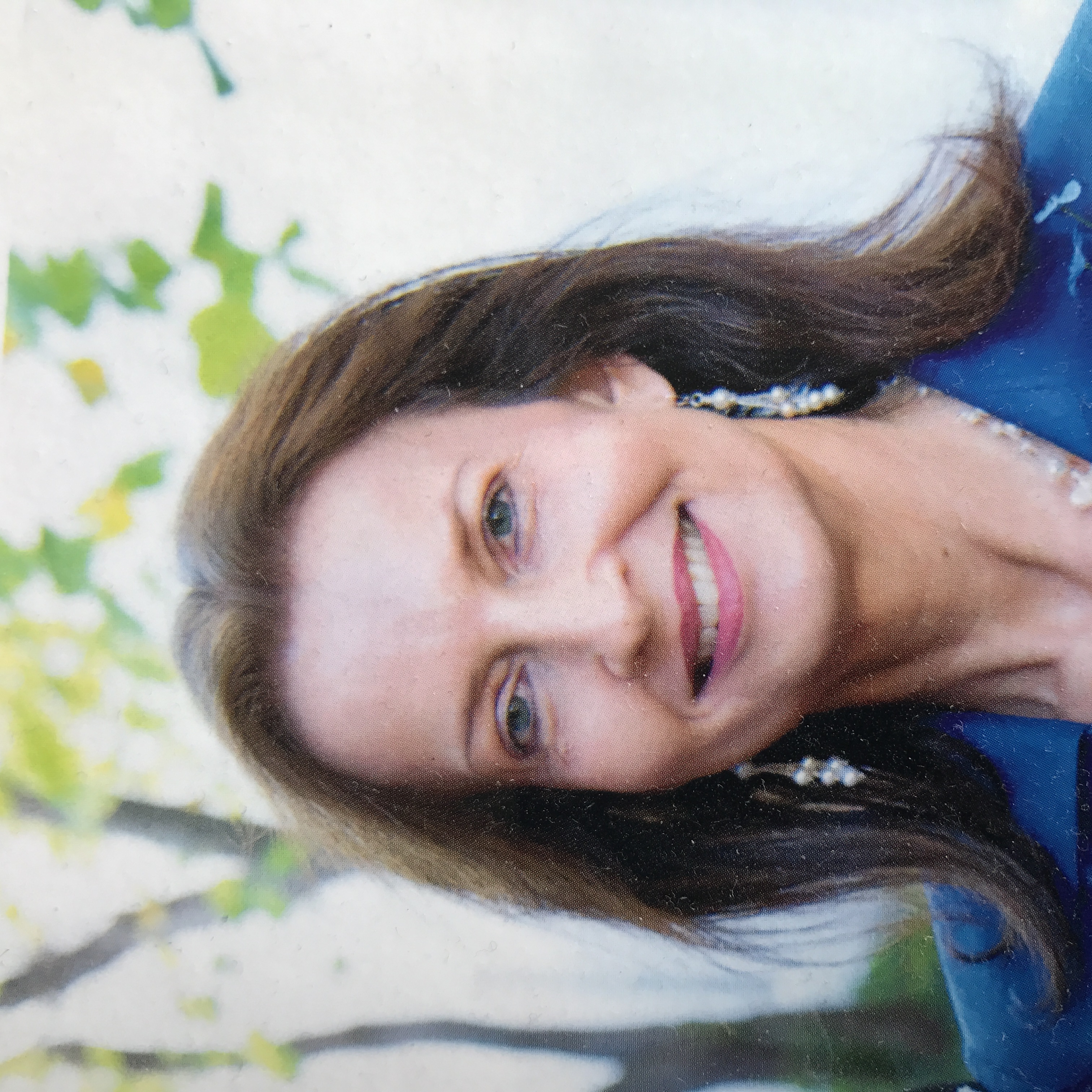 Jan Thomas is the Director of Human Resources at the Texas Lottery Commission and is responsible for overseeing all aspects of human resources management. She has dedicated her career to employees and knows the importance of pay, benefits and a sound retirement system for maintaining a quality workforce in state government.  She believes the work state employees perform is critical to maintaining a healthy Texas economy.

Jan has over 25 years of experience and has worked at the Texas Workforce Commission, Texas Employment Commission and the Texas Merit System Council during her career. She has the unique experience of working in small, medium and large agencies and understands the diverse challenges of state employees. Jan was appointed to the ERS Group Benefits Advisory Committee in 2020. She is a long-time member of TPEA and has previously served on the TPEA Executive Committee, Board of Directors and as President of the Capital Complex Chapter.

Jan was named “Woman of the Year” by the Executive Women in Texas Government, received the “Outstanding Woman in Texas Government” award from the State Agency Council of the Governor’s Commission for Women, and is a graduate of Leadership Texas. She has a Bachelor of Business Administration from the University of Mary Hardin Baylor and is the recipient of the UMHB Distinguished Alumna award.

Jan grew up in a military family where she learned the value public service. The frequent relocations also convinced her that Texas is the best state in which to live.

Victoriano Casas III is a native Texan with a bachelor’s in business administration (BBA) degree from Texas A&M University Corpus Christi in (TAMUCC) in Management Information Systems (MIS) with an emphasis in computer systems programming. Victoriano served as TAMUCC’s student body president his senior year and was elected to serve on the distinguished A&M-System chancellor’s student advisory board. Victoriano also holds a master’s degree in public administration (MPA) with an emphasis on government information systems from Texas State in San Marcos, where he authored one of the most downloaded papers: An Information Security Risk Assessment Model for Public and University Administrators.
Victoriano was hired at the Texas Department of Licensing and Regulation in 2017 as the Information Security Officer and promoted to Chief Information Security Officer in 2019. Victoriano has worked for six state agencies (CPA, UT-Austin, DADS, TAMUCC, ERS and TDLR) and a handful of private sector companies, including Deloitte and Touche as a cyber security specialist master. Victoriano managed the global cyber security operations for SunPower, Inc prior to joining TDLR, where he oversaw cyber security operations with a team in the United States, India and the Philippines.
Victoriano is the founder and leader of the Texas Government Cyber Security/ISO Roundtables. Victoriano was recently elected Chairman of the Department of Information Resources (DIR) Security Solutions Group, overseeing all cyber security related issues for the DIR Data Center and DIR shared services contracts. Victoriano is active in his community, serving three years on the executive committee of his local PTA and was presented as the parent ambassador of his school in 2017, an award given out by the principal to only one parent each year. Victoriano is on the architectural control committee at his HOA, a former coach at the YMCA, an archery master and past den leader at his local cub scout pack. Victoriano was invited as a distinguished speaker at USAA, has spoken at various cyber security conferences from San Jose, California to San Antonio, Texas. 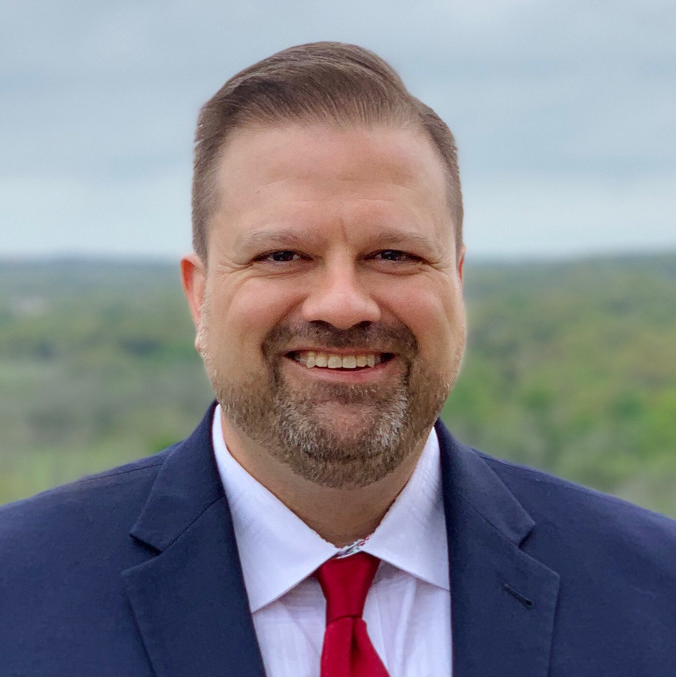 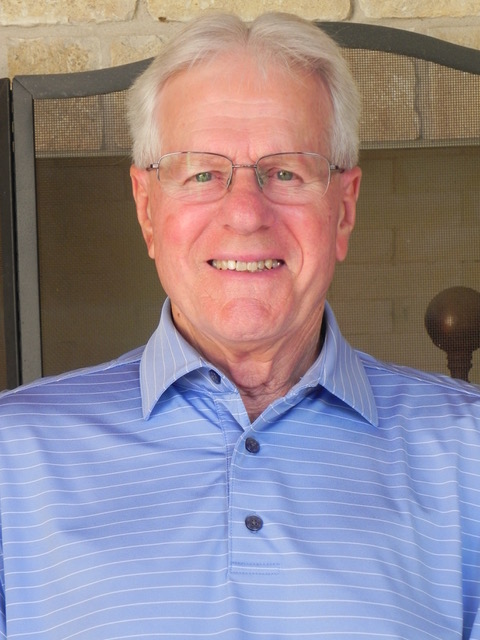 Carroll Fuchs retired from the Texas Department of Insurance (TDI) in 1999 after 35 years of state service with the agency. In his tenure at TDI he served many roles, including: Insurance Examiner, Financial Statement Analyst, Director of Accounting, Director of Facilities Planning and Chief of Staff Services.

In addition to his accomplishments as both a state employee and state employee advocate, Fuchs served six years in the Texas Air National Guard. He was also elected to the Jarrell Independent School District Board of Trustees, serving one year as President. He has held numerous officer, board and committee positions at his church, Zion Lutheran Church in Walburg, Texas, including 29 years as Chairman of their annual fundraiser, Wurstbraten.

Fuchs now lives in Georgetown, Texas. He attended both Temple College and UT at Austin, graduating with a BBA degree in Accounting.

Kelly Zrubek joined TPEA in 2006 and was elected to the Board in 2019. In 2017 Kelly received the TPEA President’s Award for her outstanding service to the association.

Her public service role is the Special Assistant to the Director of Permitting and Registration Support with over 25 years of state service with the Texas Commission on Environmental Quality in Austin, Texas.  She is a senior project and program manager with a proven track record in risk management, quality assurance, business enterprise policy analysis and legislative strategy.

She began her state career at the University of Texas in the Recreational Sports Division Office. After university, she spent three years in industry raising fish and toxicology biomonitoring organisms for the EPA. She then furthered her state career by joining TCEQ. She worked in Public Drinking Water determining public water system compliance and overseeing rules related to the Safe Drinking Water Act. 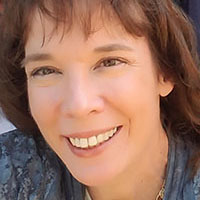 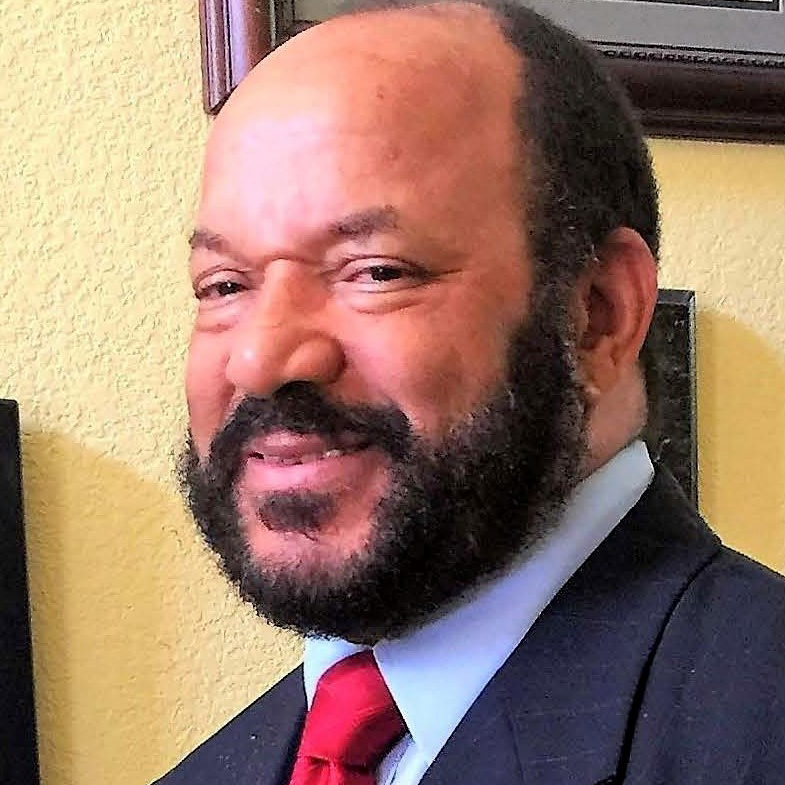 After more than 23 years of services with Employees Retirement System of Texas (ERS), Joe Golson became a state of Texas retiree. During his time there, he served in several positions including Assistant Director of Member Benefits, Director of Benefit Contracts, and Director of Cost and Risk Management. His experience at ERS ranges from front-line supervisor to senior director, with responsibilities like program management, benefits administration, contract administration, life & health insurance administration, retirement administration, legislative research, strategic planning, and policy development.

Golson believes that the wealth of experience and skills that he's acquired throughout his career have prepared him for the important role of advocating on behalf of the dedicated employees and retirees of the state of Texas. "TPEA provides a critical function as the advocate for our state’s most vital resource: its employees and retirees!"

Lisa Thomas is an Office Manager with 15 years of experience in Business Administration at The Texas Department of Transportation (TxDOT). Lisa has led projects involving auditing, human resources, and emergency management on a daily, weekly, and monthly basis. Lisa works with the contracts department to ensure that contracts are written, executed, and processed in a time fashion. Lisa has obtained a Business & Technology degree from MTI College, as well as a Culinary Arts degree from San Jacinto College. 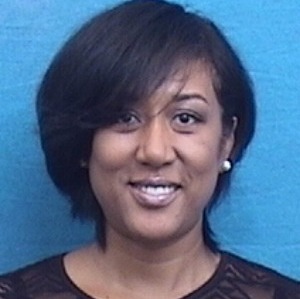 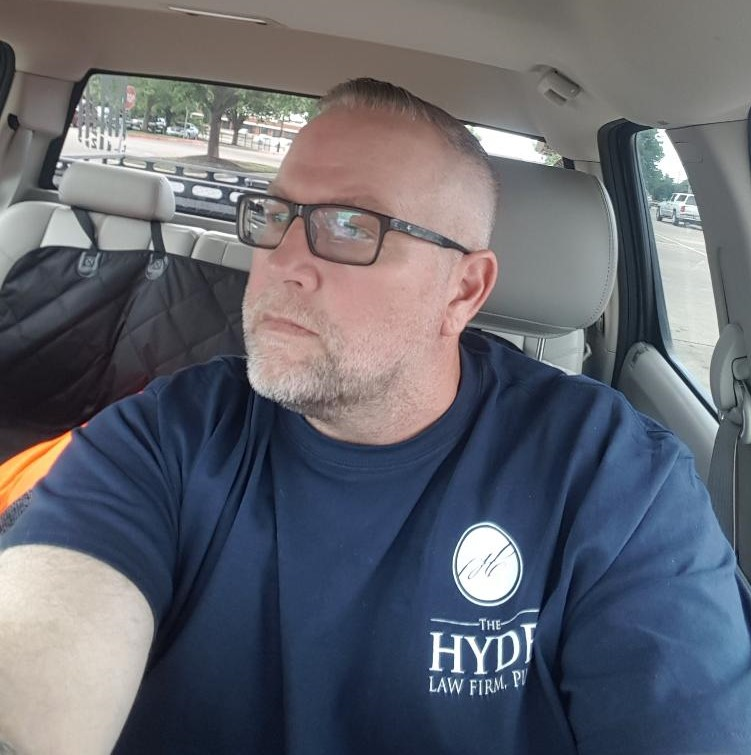 Jimmy Teal came to TXDOT as a construction inspector in 2019. Currently, Jimmy does bridge inspections for the I-35 project in Waco. He is a Safety Point Of Contact (SPOC) in his Area Office and has received the Outstanding Safety Award for his district.

Kerrie Summerfield is a current State of Texas employee who has worked for the state for over 28 years. Kerrie's career has spanned various agencies and positions involving Accounting, Finance and Operational Management. Currently, Kerrie works for the Attorney General of Texas. She earned a Bachelor of Business Administration from the University of Texas at Austin. 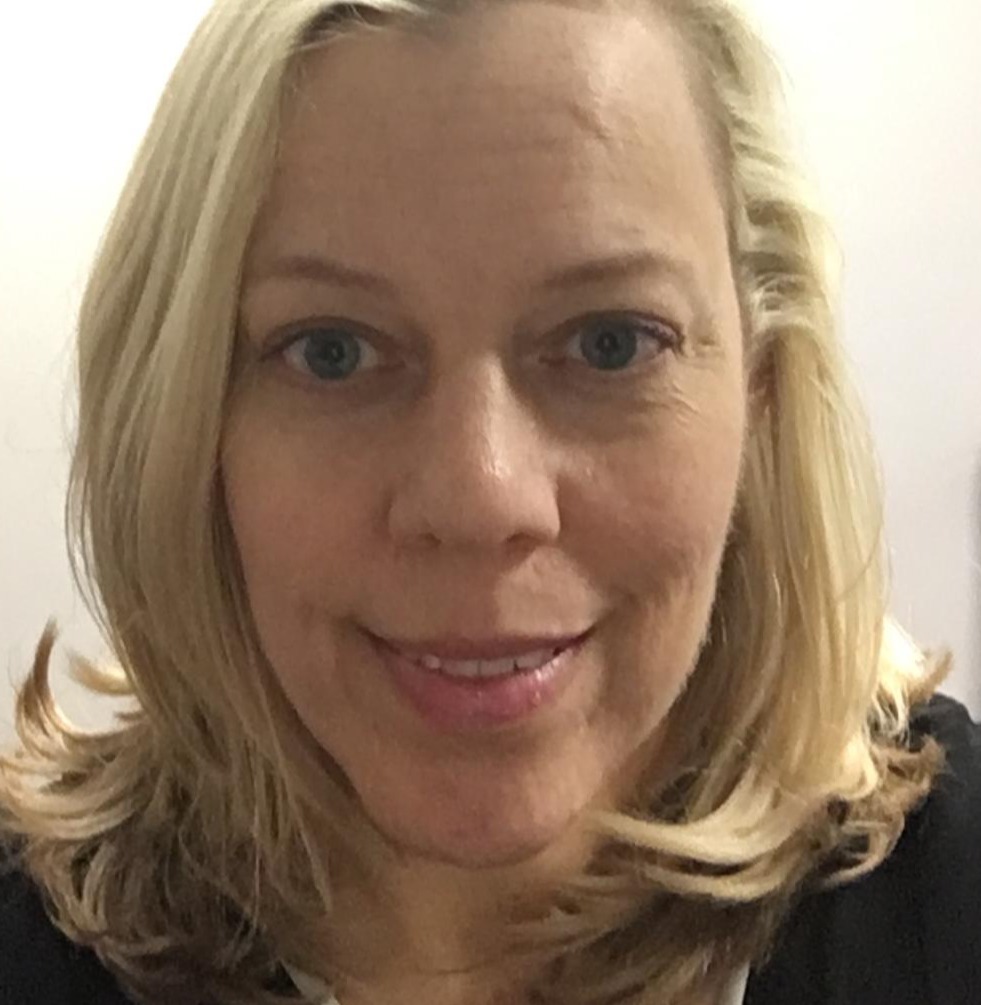